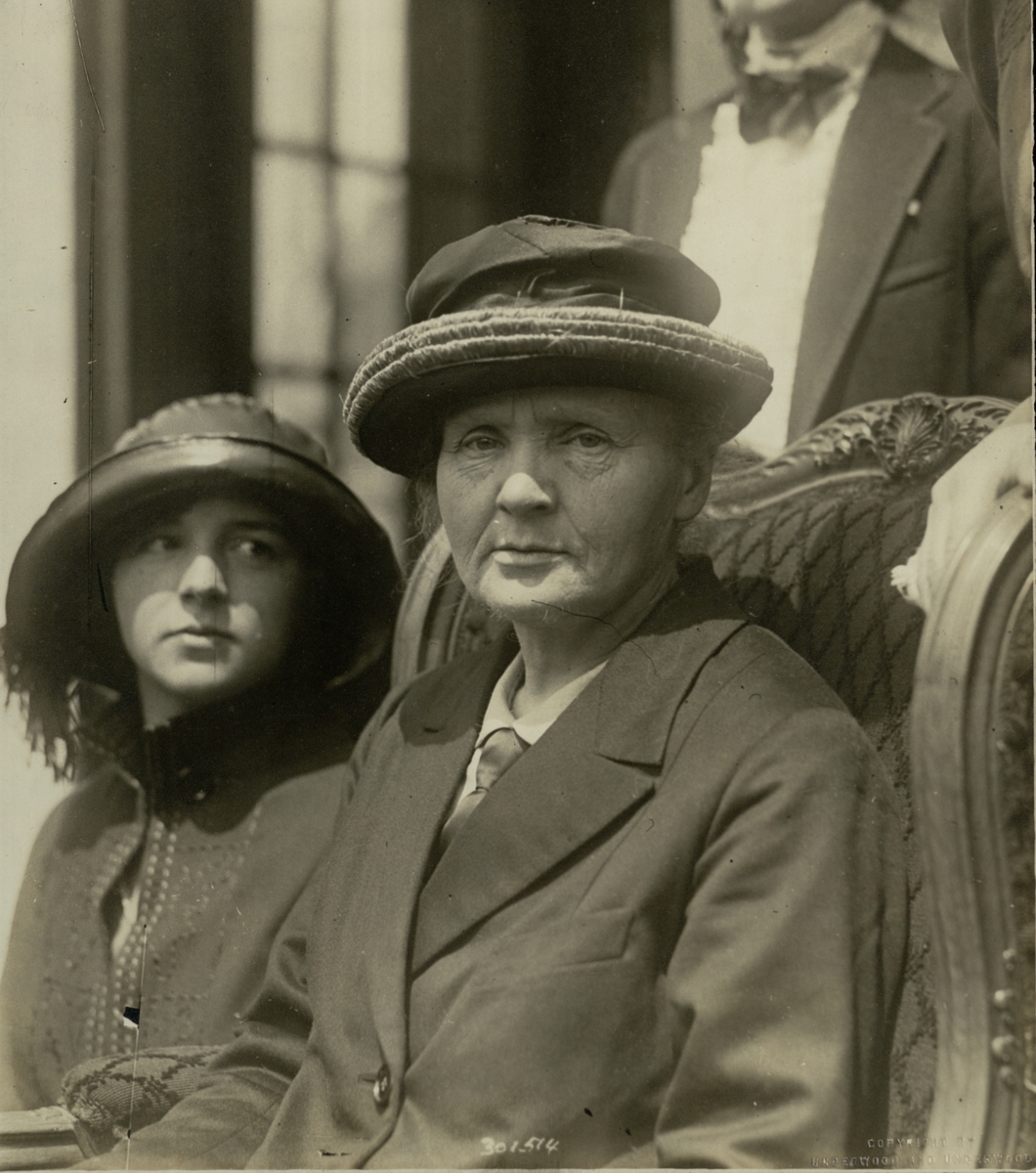 Marie Curie was born Maria Salomea Skłodowska on November 7, 1867, in Warsaw Poland. She moved to France in 1891 to study physics, chemistry, and mathematics at the University of Paris. In France, Maria came to be known by the French pronunciation of her name, "Marie." There she was introduced to Pierre Curie, a scientist who had done exciting work on magnetism and the piezoelectric effect. On her wedding day, in 1895, Marie wore her favorite laboratory outfit: a blue dress that would appear in many images of the scientist.

Marie and Pierre were partners in the lab, sharing a ramshackle workspace in a converted shed on the grounds of the Paris School of Physics and Chemistry, where Pierre taught, and seeking one another's advice on career and research questions. Needing a research subject for her Ph.D. thesis, Marie decided to follow up on Henri Becquerel's discovery that uranium salts produced an energy with properties similar to x-rays. Having previously worked on a project for France's Society for the Encouragement of National Industry involving the properties of industrial metals, Marie could cheaply obtain quantities of a uranium-bearing ore, pitchblende, produced as a by-product of mining activities in Austria.