Bad Medicine: Drug Manufacturers, Advertising, and the Push to Sell 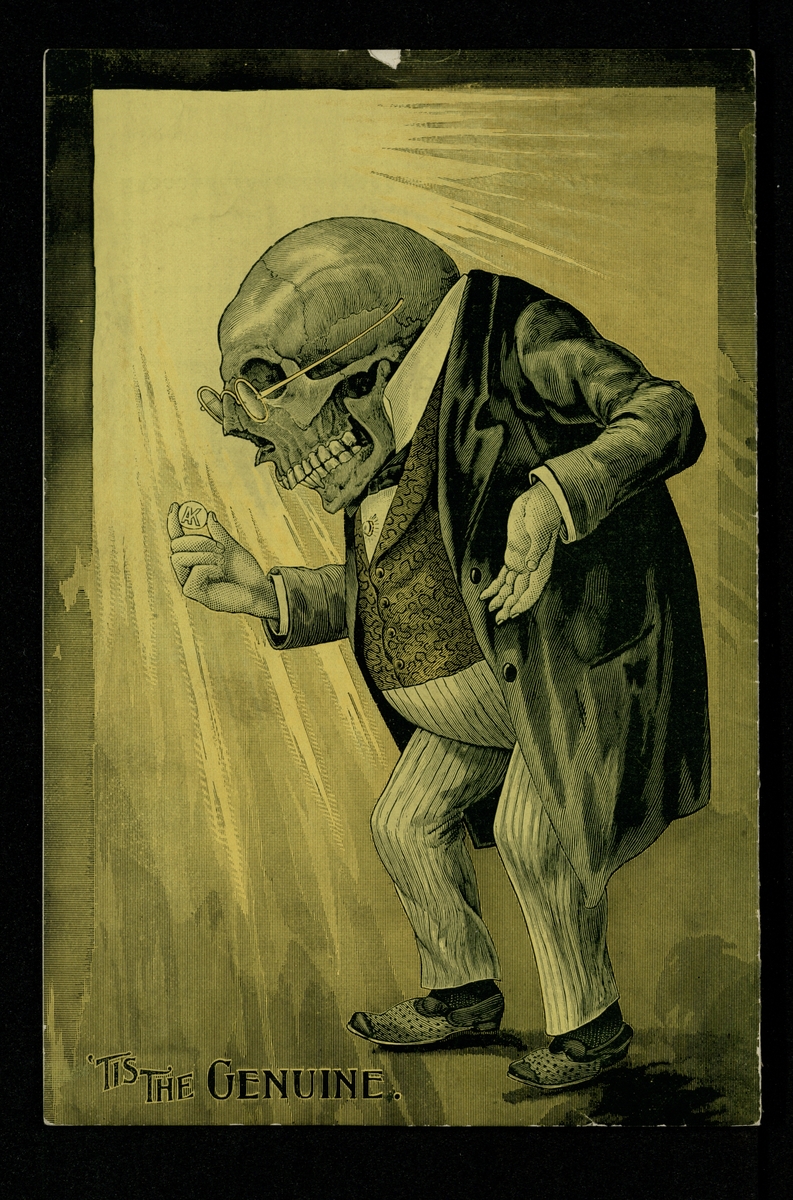 Formed in 1890, the Antikamnia Chemical Company was short lived, but their promotional materials, and in particular their calendars, remain sought after by some collectors due to their iconic skeleton mascot. The company is also considered a "Junk Mail" pioneer, having relentlessly mailed its brightly colored ephemera not just to drug distributors and doctors, but also mothers, lawyers, and business men.

Although described as a "coal-tar" derivative, the medicine itself was more than half acetanilide, an illegal, dangerous, and habit-forming chemical compound. Antikamnia was also mixed with codeine and other addictive compounds, such as heroin. The drug was forced out of production in 1906 when the company collapsed after the Pure Food and Drug Act was passed, exposing its use of banned ingredients as well as the willful withholding of their full ingredient list.

Click the Page 2 link below to view more of the Antikamnia Company's promotional materials.