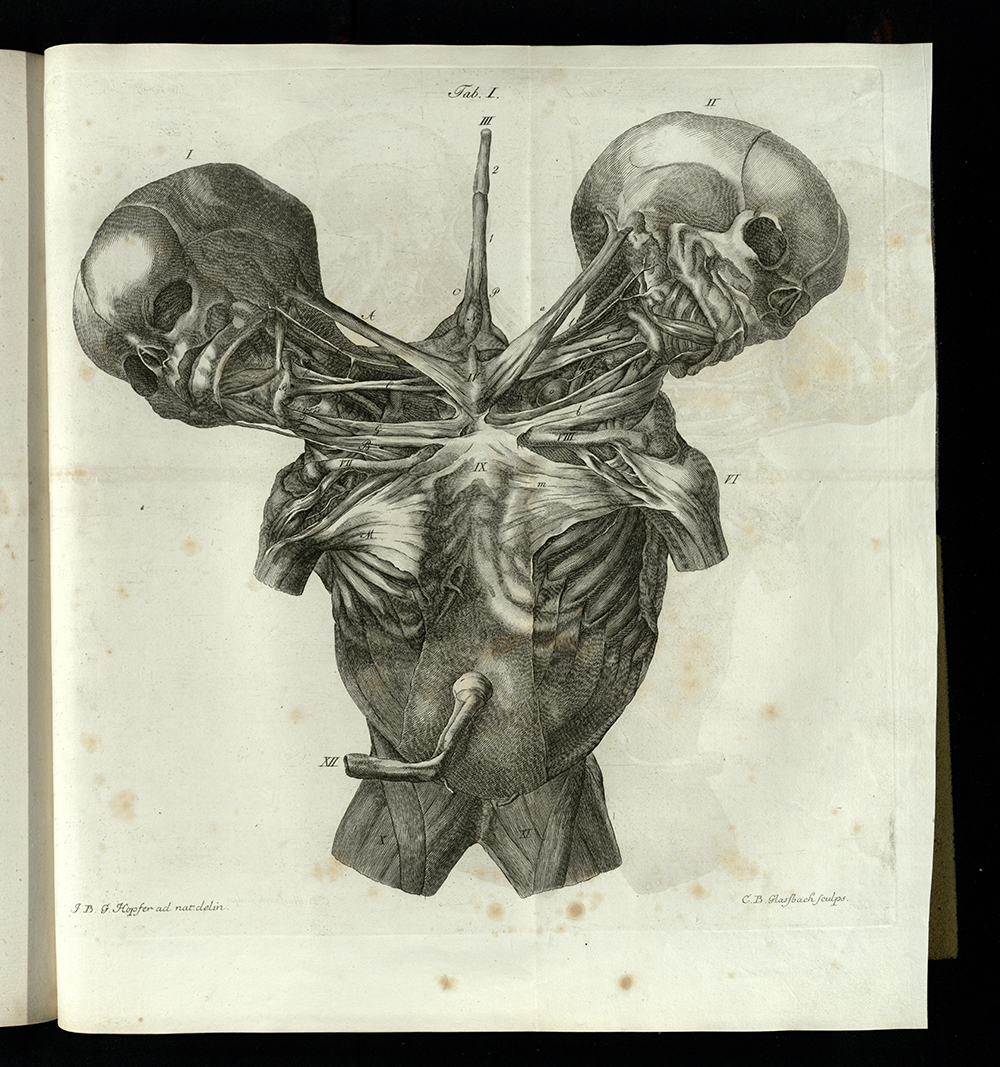 To the left is an illustration of a superficial muscle dissection of conjoined twins from De duplicitate monstrosa commentarius by Johann Friedrich Meckel. Meckel was a renowned pathologist and anatomist. In his work, one can see the beginnings of what will be called teratology, the study of abnormalities of physiological development.

Imperfecta, on display through fall 2019 at The Mütter Museum in Philadelphia, introduces the subject of teratology with a look at prodigy books. The early modern concept of monster is explored through these contemporary texts, which illustrate the beliefs behind perceived supernatural and natural causes of physical anomalies.

Further into Imperfecta, a digital companion exhibit, is presented using a non-linear format, allowing readers to further explore the themes presented by following interrelated "paths." The first major section, Living Curiosities, explores a theme discussed in Imperfecta: the monetization of abnormal bodies, particularly through the freak shows of the 19th century. Other sections include, Seeing is Believing, which examines the way abnormal development has been visualized, and What Does It Mean to Be Other? which examines some of the core concepts of "otherness." Click the button below to explore Further Into Imperfecta.